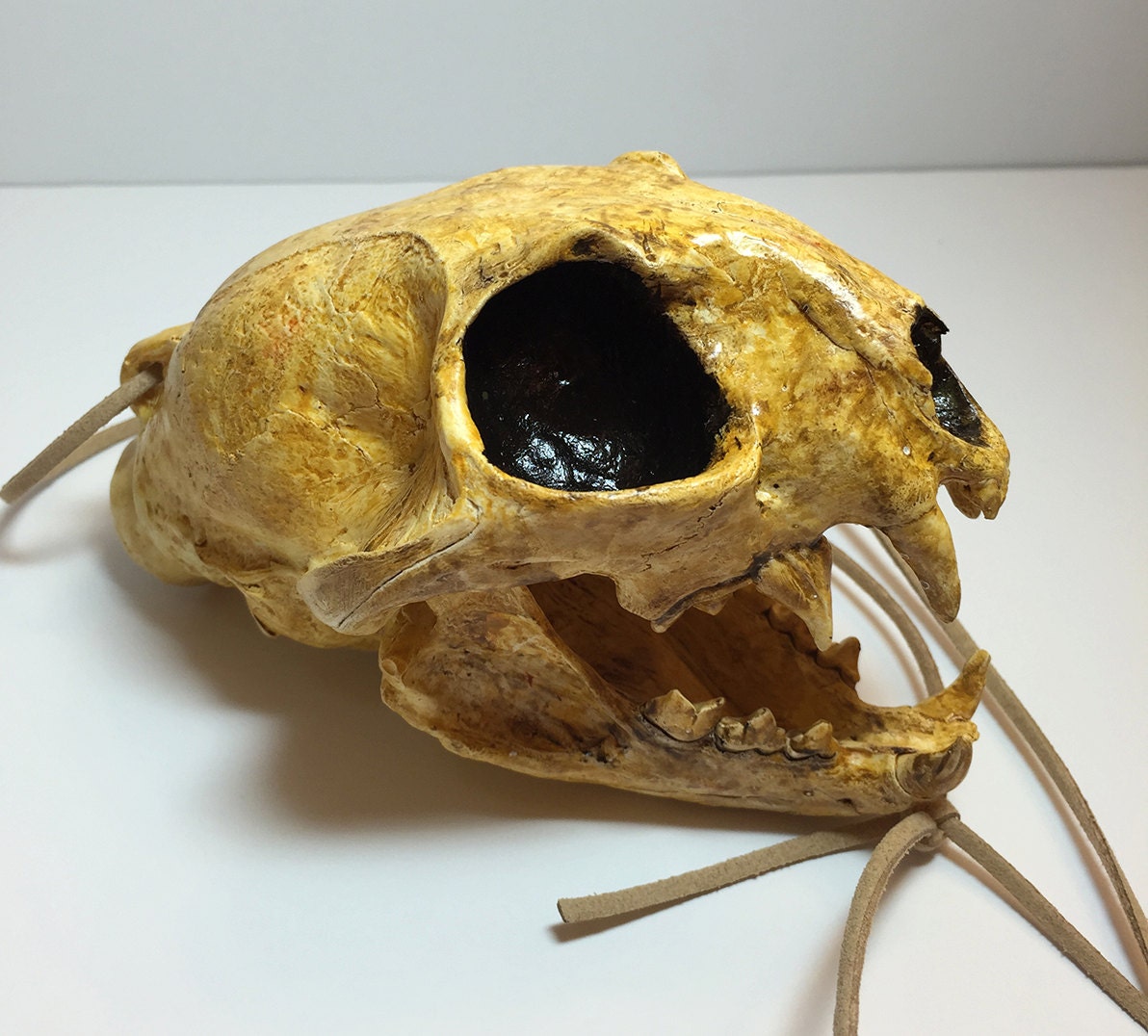 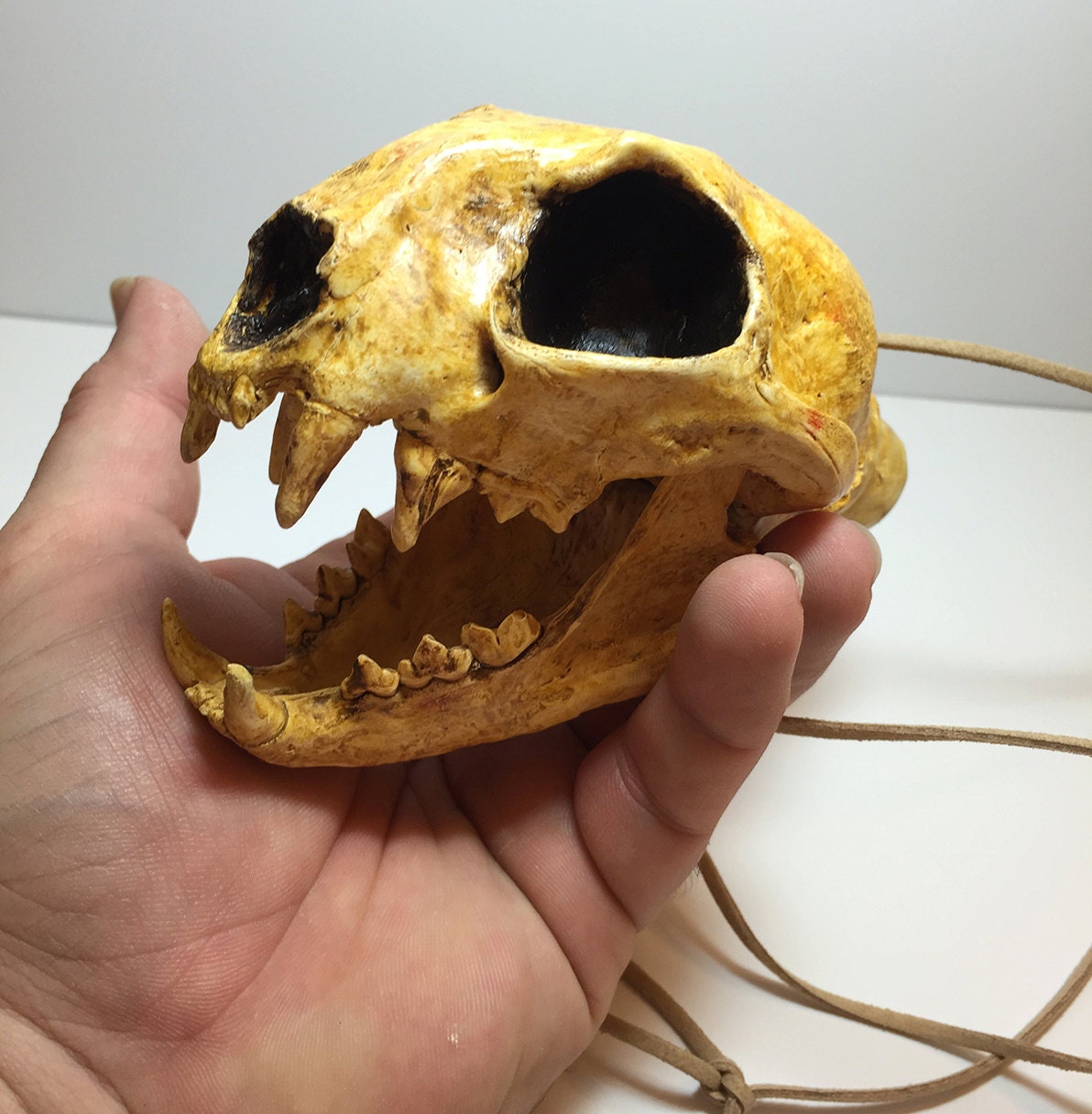 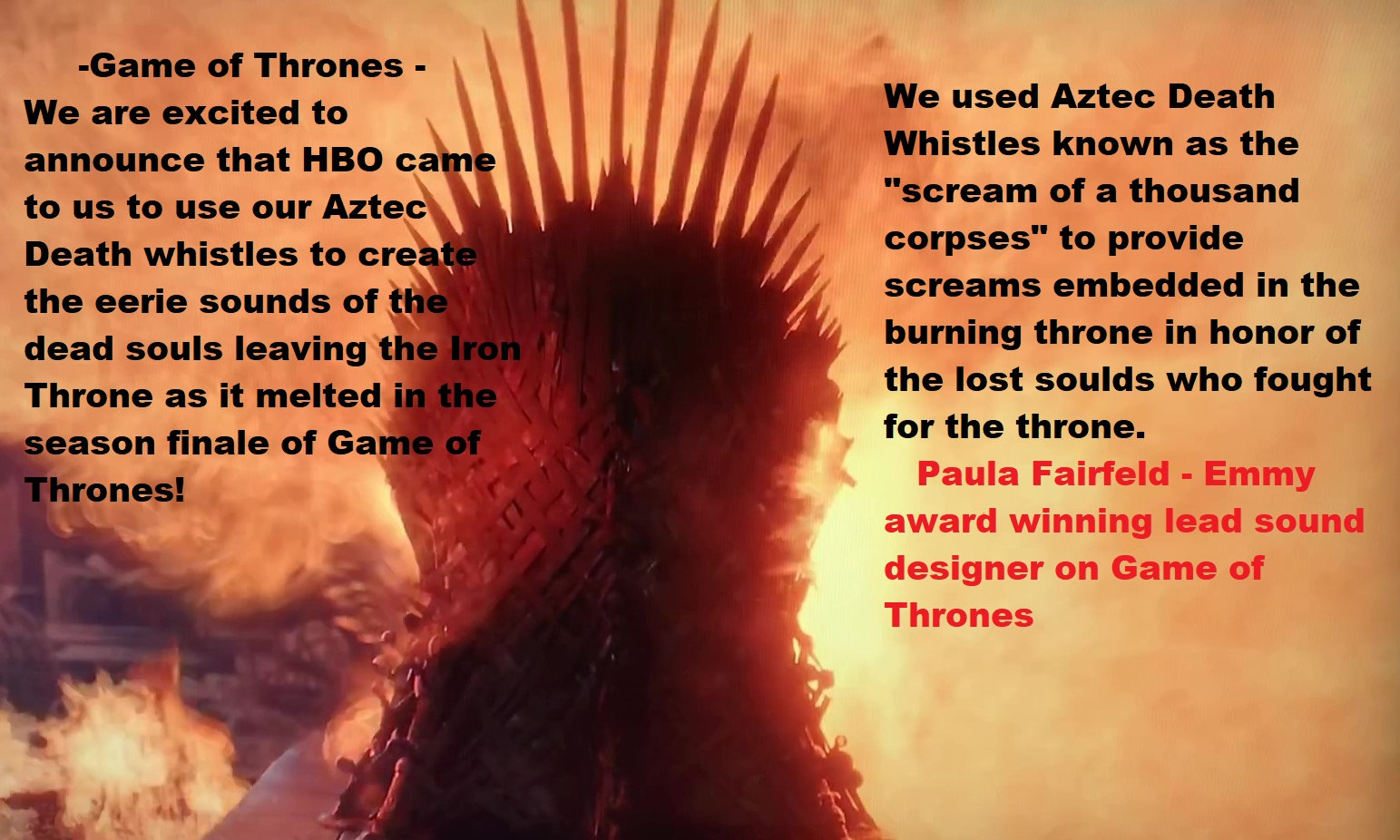 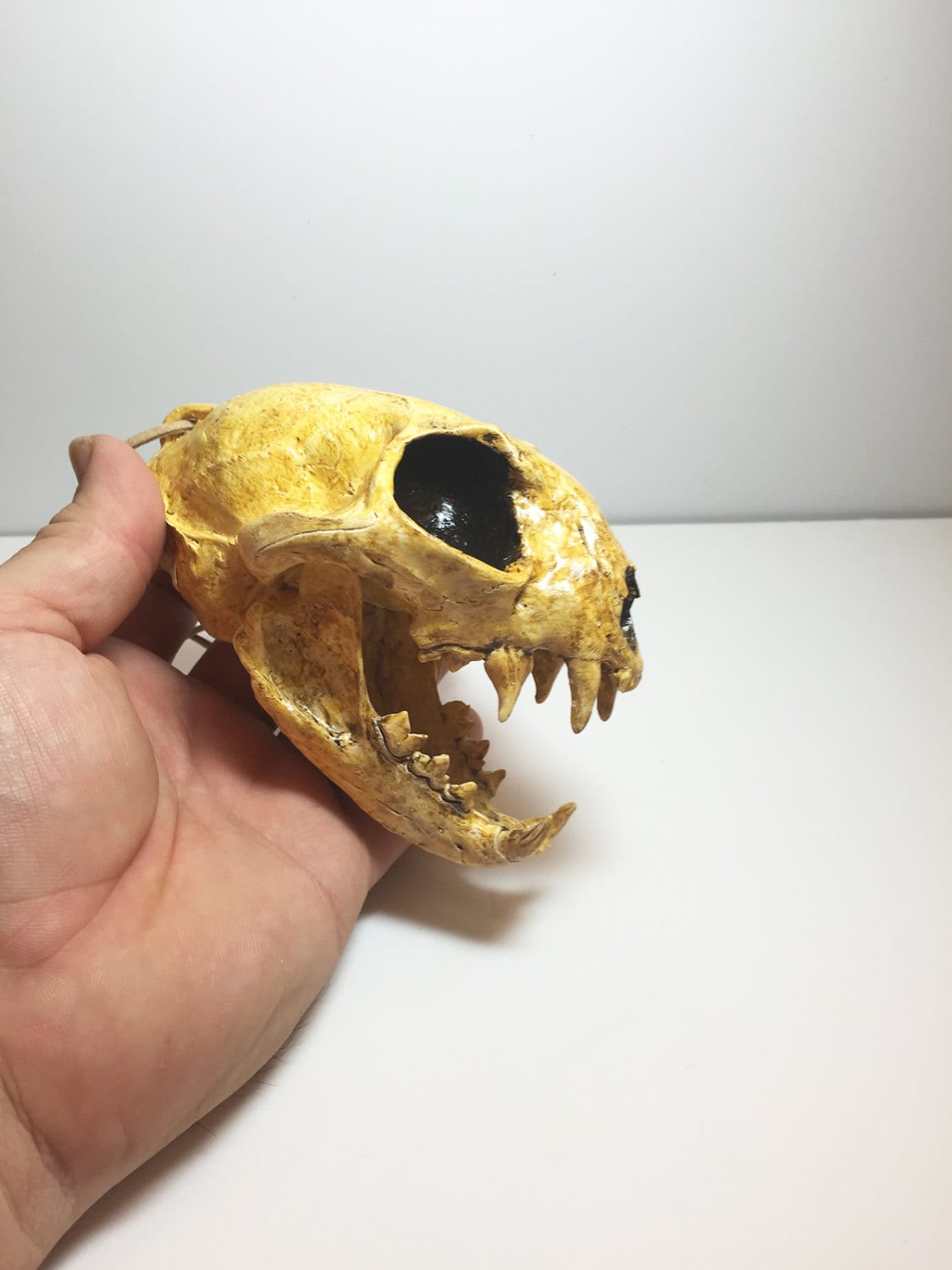 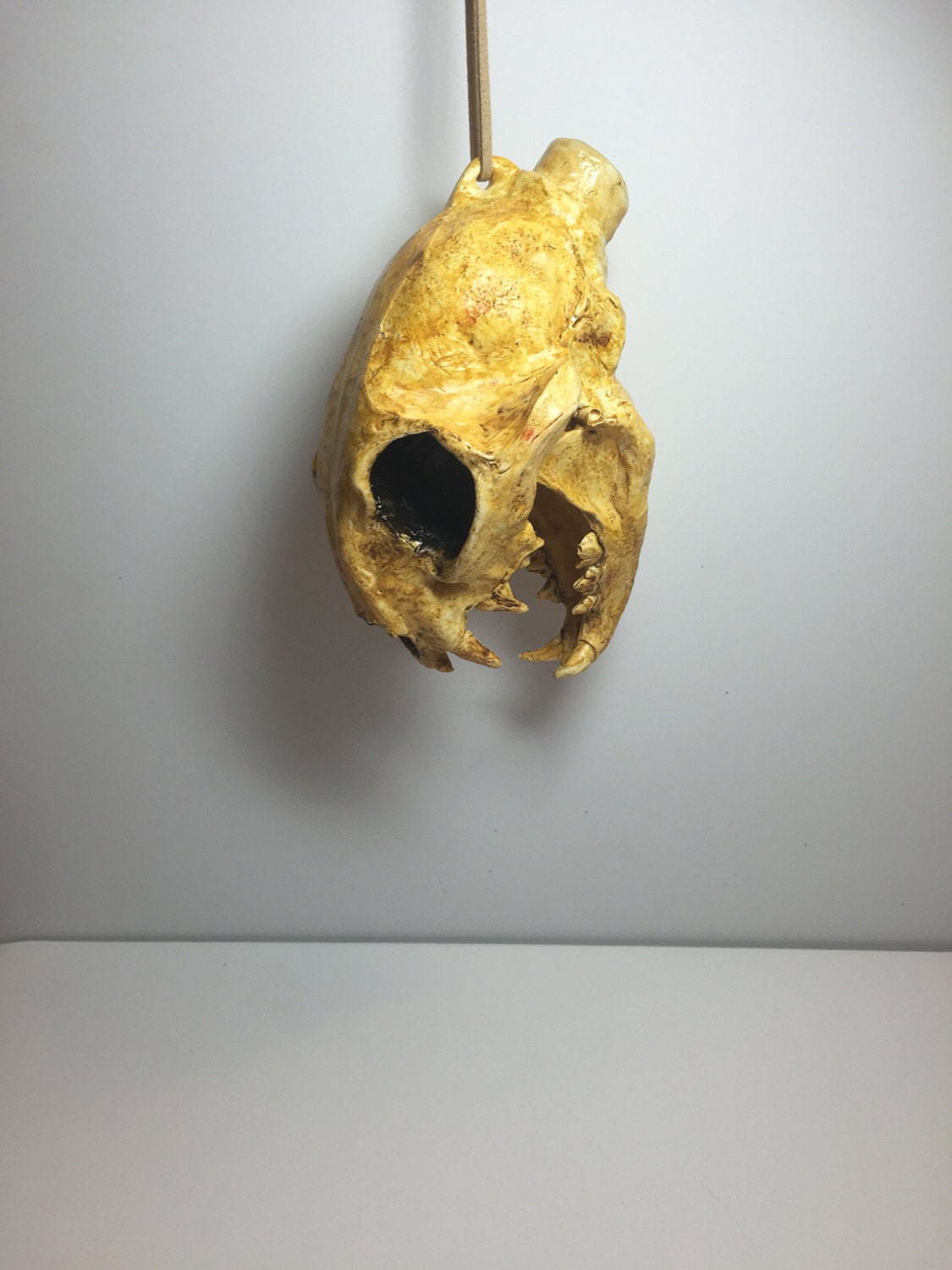 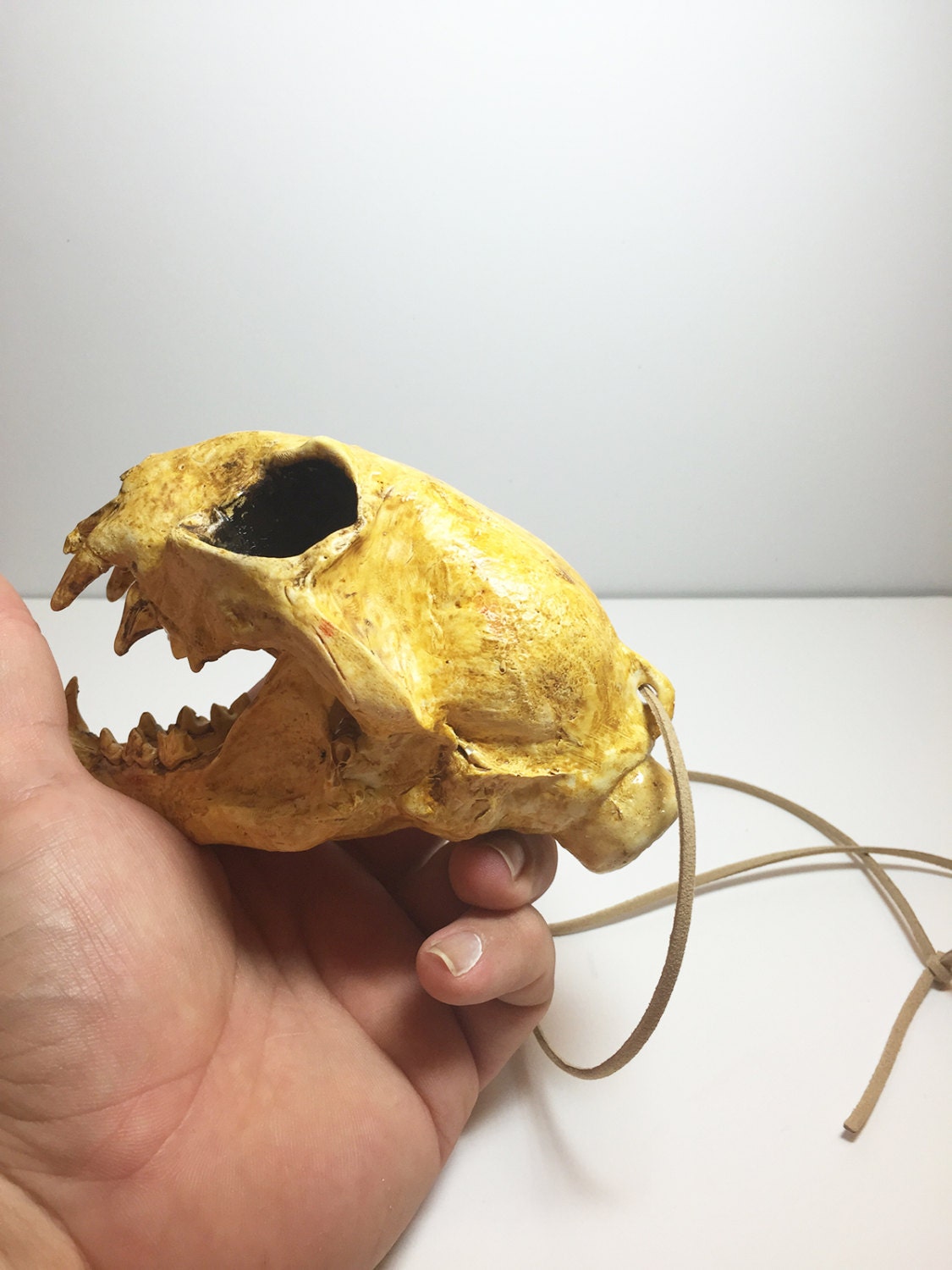 We create the absolute best death whistles in the world!

Our Aztec Death whistles produce the loudest, most ear piercing screams you will ever hear. They recreate a human scream in both pitch and decibel level that has to be heard to believe. I often bring these whistles to conventions where even hearing it in person people ask if the whistle is actually making that sound. If you would like to hear the Apex Predator, please copy and paste our youtube link into your browser (or click if on mobile):
https://youtu.be/GLo3XoP5SEY

I've spent the last 2 decades in the Special FX field making creatures for movies and collectors alike. When I discovered death whistles, I knew I wanted to combine my experience creating these creatures with the awesomeness of the whistle itself. The design of each whistle is just as important as the sound of the whistle. I wanted the sound to emanate from the mouth of the Predator. Often death whistles produce the sound underneath the whistle and the mouth is either closed or just for show. The form of the creature should represent the function.

These whistles are not cheap toys, nor cheap souvenir items you can pick up on vacation. Made of high grade resin and epoxy, I hand make each whistle one at a time here in our studio. I create the whistle component separate from the design and then embed the whistle into the design of your choice. This offers many advantages over other whistles that build everything at once: It allows me to spend time tuning and pitching the whistle ahead of time and making sure it creates the best sound possible. It also allows me to be very choosy in what whistles make the cut. If I don't like the end sound, I simply toss the whistle component without losing the entire design. It also allows my whistles to be consistent across designs. What you hear coming from the Apex Predator is what you will hear coming from any other design I make.

These whistle will look as good if not better than the pictures you see. They also have a nice weight to them (about 8 oz) and feel solid in your hand. I also supply 1 yard of a leather/suede cord so you can hang the whistle around your neck looped through the back of the whistle, or use it to hang on display. It is also balanced to rest upright on your table.